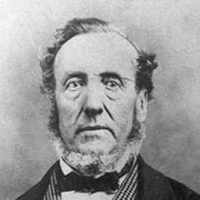 The Life Summary of Thomas Dunlop

Put your face in a costume from Thomas Dunlop's homelands.

BIOGRAPHY OF THOMAS DUNLOP BROWN by his Grandson GEORGE A. BROWN Thomas Dunlop Brown, my grandfather, was born Dec.16, 1807 at Stewarton, Ayrshire, Scotland. He was baptized and confirmed a member as …