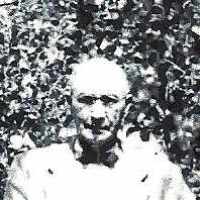 The Life of Clayton Ralph

Put your face in a costume from Clayton Ralph's homelands.

Statue of Liberty is dedicated.
1891 · Lots for sale

The city lots were disposed of at an auction sale, which made way for new houses, commercial buildings and manufacturing plants to be erected and caused an increase of people moving to the region.
1906 · Saving Food Labels