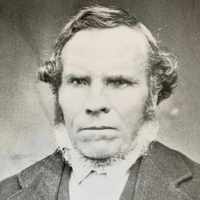 I, Robert Crookston, was the son of James Crookston and Mary Young Crookston. I was born on the 21st of September 1821 in the town of Anstruther Fife Shire, Scotland. My father James Crookston was b …