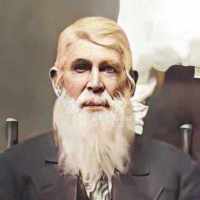 The Life Summary of Hiram Bell

Put your face in a costume from Hiram Bell's homelands.

WILLIAM JUNIOR BENNETT 1790-1846 [Written in first person, not an Autobiography] by Dayle Duncan White I, William Junior Bennett, was born of goodly parents, William Bennett and Catherine Bernard of …