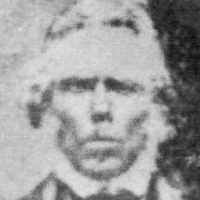 The Life Summary of Diderik Espersen

Put your face in a costume from Diderik Espersen's homelands.

THE FUNK'S OF BORNHOLM, DENMARK

Bornhom, Denmark is one of approximately five hundred islands southeast of Copenhagen. The island of Bornholm has been home for generations of the funk family. Marcus Esper Funk, my great grandfather, …