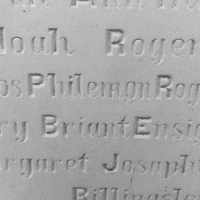 The Life Summary of Amos Philemon

Put your face in a costume from Amos Philemon's homelands.

'Anna Matilda Doolittle was born December 24, 1820 in Wallingford, New Haven County, Connecticut Her father, John Doolittle was a mechanic and cabinet maker- Her mother, Ruth Davis was a small woman, …