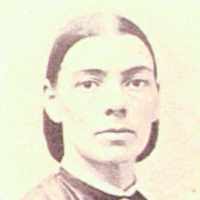 The Life Summary of Susannah Frances

Put your face in a costume from Susannah Frances's homelands.

Susannah Francis Neslen was the oldest child. She married Claudius V. Spencer as soon as they reached the valley. Susannah was Claudius’ fourth wife. His first two wives, Marie Antoinette Spencer and …