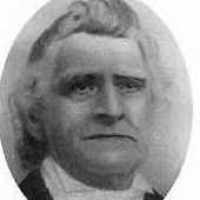 The Life Summary of William Shin

Put your face in a costume from William Shin's homelands.

William Shin Wordsworth was born 5 March 1810 in Woodstown, Salem, New Jersey. He was the son of Sylvester Henry Wordsworth, born 1770 in England and Katherine Morgan, born 20 July 1773, in Upper Fall …