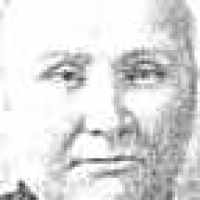 The Life Summary of Elisabeth Janet

When Elisabeth Janet Cullen was born on 6 May 1825, in Old Monkland, Lanarkshire, Scotland, her father, William Miner Cullen, was 34 and her mother, Isabella Cochran McEachren, was 30. She married Edward McDonald on 22 June 1845, in Old Monkland, Lanarkshire, Scotland, United Kingdom. They were the parents of at least 6 sons and 5 daughters. She lived in Wyoming, United States in 1870 and Solomon Township, Saline, Kansas, United States in 1880. She died on 19 April 1912, in Ogden, Weber, Utah, United States, at the age of 86, and was buried in Ogden City Cemetery, Ogden, Weber, Utah, United States.

Put your face in a costume from Elisabeth Janet's homelands.

This is a poem written about Elizabeth Kellen McDonald, though I'm not sure who wrote it. In the Highland of Bonnie Scotland Where the poet of sages tell On May six, eighteen twenty-five A tiny …