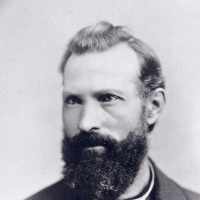 The historic Brooklyn Borough Hall laid its cornerstone and foundation in 1834. However, due to financial problems construction on the rest of the building was halted until 1845. The Greek Revival style building was made of tuckahoe marble with a large staircase that lead to had six large, fluted columns supporting a triangular pediment. The interior’s two story rotunda and courtroom were elaborately decorated with ornate plasterwork and carved wood paneling. The building served as Brooklyn’s City Hall for fifty years until the consolidation with New York City.

Scottish and Irish (Tyrone and Antrim): descriptive nickname of Norman origin, from Old French burnete, a diminutive of brun ‘brown’ (see Brown ), or possibly in some instances a metonymic occupational name for a maker or seller of burnete, a high quality woolen cloth, originally dark brown in color.Probably also an altered form of English Barnett .In some cases also an altered form of French Burnet ; compare Burnette .

The following is a copy of an autobiography that David included at the end of his missionary journal (Typed from the hand written original by Lura Buist, wife of Richard Buist): “I, David Burnett, wa …