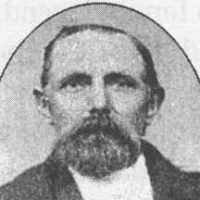 The Life Summary of Niels Andersen

Put your face in a costume from Niels Andersen's homelands.

Danish: variant of Jeppesen . This surname is rare in Denmark.Americanized form of Danish and North German Jepsen , a cognate of 1 above.

NIELS ANDERSEN AKA NELS JEPPSEN Niels Andersen was-born in Monge, Vejby, Frederiksborg, Denmark, on Sunday 14 December, 1834. He was the son of Anders Jeppsen (son of Jeppe Larsen and Bodil Andersen) …