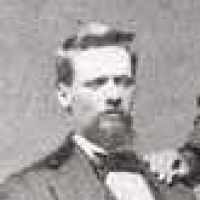 When Joseph Tanner was born on 21 July 1844, in Newbury, Berkshire, England, United Kingdom, his father, Thomas Tanner Jr, was 37 and his mother, Mary Cruse, was 31. He married Isabel Stookey on 16 September 1872, in Endowment House, Salt Lake City, Salt Lake, Utah, United States. They were the parents of at least 3 sons and 2 daughters. He died on 19 April 1923, in Layton, Davis, Utah, United States, at the age of 78, and was buried in Clover Cemetery, Rush Valley, Tooele, Utah, United States.