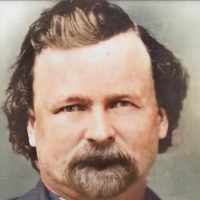 When James Stratton was born on 22 December 1824, in Ware, Hertfordshire, England, United Kingdom, his father, Barton Stratton, was 30 and his mother, Susannah Vyse, was 31. He married Frances Clark on 9 February 1851, in Head Clara and Maria, Renfrew, Ontario, Canada. They were the parents of at least 2 sons and 3 daughters. He registered for military service in 1844. He died on 23 March 1907, in Provo, Utah, Utah, United States, at the age of 82, and was buried in Provo City Cemetery, Provo, Utah, Utah, United States.