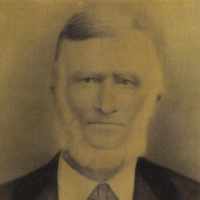 English (Lancashire and Yorkshire):habitational name from Marcroft Gate Farm in Spotland (Lancashire), which is of uncertain etymology, although it appears to have Old English croft ‘small enclosure’ as its final element.perhaps sometimes a variant of Moorcroft .

John Marcroft John Marcroft was born February 6, 1812 in Middletown, Lancashire, England. He was the son of John Marcroft and Isabell Scholes. He is described as being a slender, sandy complected m …