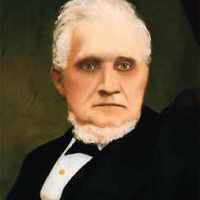 HISTORY OF BENJAMIN FRANKLIN JOHNSON He was born July 28, 1818 at Pomphret, Chautaqua County, New York. He was the son of Ezekiel Johnson and Julia Hills. He was converted to the Gospel and was …