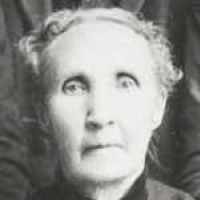 English (mainly Yorkshire and Lancashire): from Middle English thorp(e) ‘village, hamlet, farmstead’ (Old Norse, Old English thorp ‘secondary settlement’). The surname may be topographic, for someone who lived in such a settlement, or habitational, for someone from any of several places called Thorp(e), which are most frequent in Yorkshire, the Midlands, and East Anglia. Compare Throop .

A History of Mary Thorpe Beal

Written by her granddaughter Bendetta Mary Beal Christensen (David's daughter), 1956 Thomas Thorpe and Ann Sterer Thorpe were the parents of Mary, my grandmother. May 27, 1827, she came to gladden th …

Put your face in a costume from Mary P's homelands.