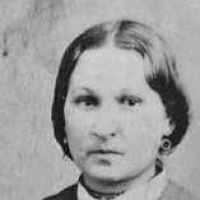 German: distinguishing name for a man called Heinz who lived on or was in charge of a farm or estate (see Hoff ). Compare Huffhines and Huffines .