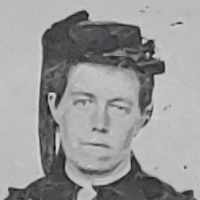 Mary Ann was a frail woman, but she walked all the way across the plains. She traveled about fifteen miles a day. At that time, she was engaged to marry a man traveling with their company wh …