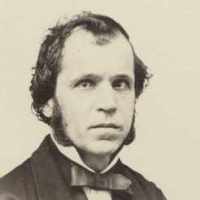 The Life Summary of George Christian

Put your face in a costume from George Christian's homelands.

Swiss German: topographic name for someone who lived near a thicket or underbrush, from an agent noun based on Middle High German rīs ‘branch, shrubbery’.Possibly an Americanized form of German Reiser .

Statistics of the Winter Quarters Thirteenth Ward All family members of the head of the household living within the Ward boundaries are listed prior to their departure West or through 1853, whichev …