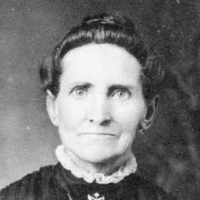 The Life Summary of Eliza Luff

Put your face in a costume from Eliza Luff's homelands.

1868 · Louisiana Is Readmitted Into the Union

Louisiana was readmitted into the Union.

Jacob Gates Company Departure: 3 June 1853 Arrival in Salt Lake Valley: 26-30 September 1853 262 individuals and 33 wagons were in the company when it began its journey from the outfitting post at Ke …