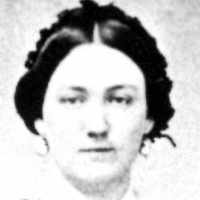 Put your face in a costume from Louisa Lucy Katherine's homelands.

English: topographic name for someone who lived near a cross, such as one set up by the roadside or in a marketplace, from Middle English cros (Old English cros and Old Norse kross, ultimately from Latin crux, crucem). It is commonly Latinized in medieval records as ad crucem and de Cruce but examples of this can just as well belong to the synonymous but less common name Crouch . In a few cases the surname may have been given originally to someone who lived by a crossroads, but this sense of the word seems to have been a comparatively late development. In other cases, the surname (and its European cognates; see 3 below) may have denoted someone who carried the cross in processions of the Christian Church, but in English at least the usual word for this sense was Crozier .Irish: shortened form of McCrossen .Americanized form (translation into English) of various European surnames meaning ‘cross’ or ‘the cross’, such as French Lacroix , German Kreutz , and Slovenian and Croatian Križ (see Kriz ).

LOUISA LUCY CATHERINE (KATHERINE) CROSS (1841-1927) Taken from Biographical Sketch by Hattie Esplin Louisa was the first of three children born to Anne Maria Hughes and Frederick Cross. She was born …