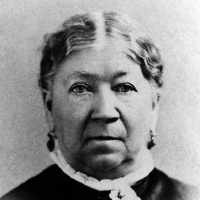 The Life Summary of Jane Harriet

Put your face in a costume from Jane Harriet's homelands.

Biography of Jane H Fowles Smith by her youngest son

"My history, quite naturally begins with my parents, of whom I have reason to be justly proud. Both parents were born in England. My father, Job Smith, at the age of 12 years became secretary to an or …