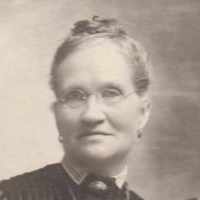 The Life Summary of Laura Christina

When Laura Christina Lundberg was born on 7 April 1840, in Trollhättan, Älvsborg, Sweden, her father, Solomon Lundberg Jr., was 24 and her mother, Christina Andersdotter, was 22. She married Rasmus Berndtsson on 22 December 1861, in Göteborgs domkyrkoförsamling, Göteborg och Bohus, Sweden. They were the parents of at least 3 sons and 3 daughters. She died on 28 November 1922, in Logan, Cache, Utah, United States, at the age of 82, and was buried in Logan Cemetery, Logan, Cache, Utah, United States.

Put your face in a costume from Laura Christina's homelands.