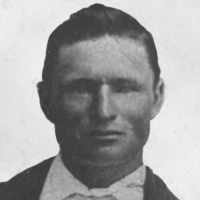 English: nickname from Middle English drake, either ‘drake, male duck’ (compare Duck ) or ‘dragon’ (Old English draca ‘snake, dragon’ or the cognate Old Norse draki), including an emblematic dragon on a flag (compare Dragon ). Both the Old English and the Old Norse forms are from Latin draco ‘snake, monster’; its sense as a nickname is unclear but it may have had the sense ‘standard bearer’. The name was taken to Ireland in the 13th century and reinforced by later English settlers in the 17th century.German: from Low German drake ‘dragon’, familiar as image on signboards, hence a topographic or habitational name referring to a house or inn with such signboard.Dutch: variant, mostly Americanized and Flemish, of Draak, a cognate of 2 above, from draak (Middle Dutch drake) ‘dragon’.

Richard Drake Richard Drake was born to Jacob Drake and Flora Hayden on, November 22, 1839, in the small frontier settlement of Palermo, New York, roughly 60-70 miles from Palmyra —where the prophet …