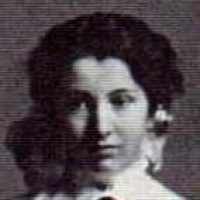 Jeannette Pickering Rankin became the first woman to hold a federal office position in the House of Representatives, and remains the only woman elected to Congress by Montana.
1 English: topographic name for someone who lived near a meadow or a patch of arable land, Middle English lee, lea, from Old English lēa, dative case (used after a preposition) of lēah, which originally meant ‘wood’ or ‘glade’.2 English: habitational name from any of the many places named with Old English lēah ‘wood’, ‘glade’, as for example Lee in Buckinghamshire, Essex, Hampshire, Kent, and Shropshire, and Lea in Cheshire, Derbyshire, Herefordshire, Lancashire, Lincolnshire, and Wiltshire.3 Irish: reduced Americanized form of Ó Laoidhigh ‘descendant of Laoidheach’, a personal name derived from laoidh ‘poem’, ‘song’ (originally a byname for a poet).