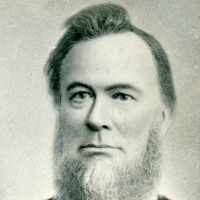 The Life Summary of John McCormick

Put your face in a costume from John McCormick's homelands.

I believe this history was probably written by Samuel's eldest daughter, Effie. Effie was the "family" genealogist all her life and penned several histories. — Robert Raymond Samuel Frost Wiser, a na …