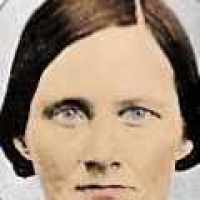 The Life Summary of Martha Eleanor

Put your face in a costume from Martha Eleanor's homelands.

Isaac Y. Vance was born in Clay County, Tennessee, December 29, 18l8, a son of John Vance and Sarah Lovina Perkins Vance. When he was 5 years old the family moved to Morgan County and. later to McDon …