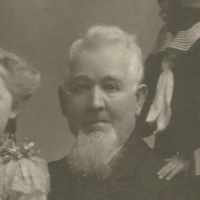 English (Lancashire and Yorkshire): habitational name chiefly from High Ryley in Accrington (Lancashire) and Riley in Kirkburton, which was in the manor of Wakefield (Yorkshire). In some cases the name may derive from Riley Farm in Eyam (Derbyshire), Royley in Royton (Lancashire), or Rylah in Scarcliffe (Derbyshire). The placenames all come from Old English rȳge ‘rye’ + lēah ‘woodland clearing’.Irish: from Ó Raghailligh ‘descendant of Raghailleach’, Old Irish Roghallach. This is the name of a chieftain family in Cavan, related to the O'Rourkes. In Anglicized form it has also been confused with Ó Raithile found in Munster, usually Anglicized as O'Rahilly or Rahilly . See O'Reilly .

(This story will continue to be updated as time permits with additional details and research descriptions.) San Bernardino Nov 8th 1853 Dear Uncle and Aunt, I now take this opportunity of writing …