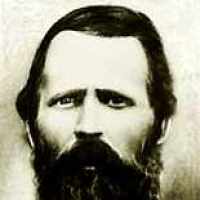 The Life Summary of John Black

Put your face in a costume from John Black's homelands.

Scottish: variant of McCullough . This is the usual Anglicized spelling in Scotland and is long established as a surname in southwestern Scotland.

Excerpts from book “Hubbard Heritage- An American Story” written by Eloyce Hubbard Kockler, Published 1992 by Family History Publishers, Bountiful Utah. This book is about the Hubbard Family, but Isab …