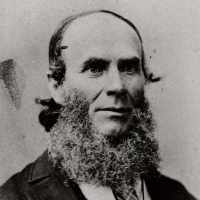 The Life Summary of Daniel Monroe

Put your face in a costume from Daniel Monroe's homelands.

Scottish (Aberdeenshire and Banffshire): variant of Stewart . This French form of the name, there being no W in the French language, was adopted by Mary, Queen of Scots, on her return to Scotland in 1561 and has since come to be more popular among royalists than the earlier spellings.History: Stuart or Stewart is the surname of one of the great families of Scotland (see note at Stewart ).