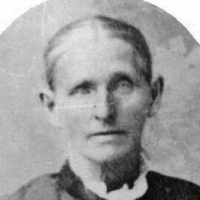 The Life Summary of Polly Chapman

Put your face in a costume from Polly Chapman's homelands.

English: from the Middle English personal name Bibby, Bebby, a diminutive of Bibb or Bebbe. See Bibb . This surname is now rare in Britain.History: William Bibby or Bybee was married in Lancashire in 1620 and died in Accomack, VA, in 1637. — Jos Bybee, born in England in 1805, arrived in the US in 1841, on board the Powhatan.