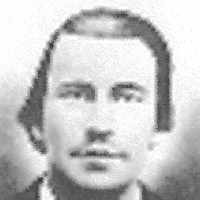 When William Clegg was born on 22 February 1842, in Preston, Lancashire, England, United Kingdom, his father, Jonathan Clegg, was 25 and his mother, Ellen Walmsley, was 26. He married Emma Louisa Gittins on 4 September 1864, in Salt Lake City, Salt Lake, Utah, United States. They were the parents of at least 5 sons and 6 daughters. He lived in Heber City, Wasatch, Utah, United States for about 10 years and Great Marsden, Lancashire, England, United Kingdom in 1891. He died on 15 March 1895, in Shelton, Fremont, Idaho, United States, at the age of 53, and was buried in Shelton, Fremont, Idaho, United States.

HISTORY OF WILLIAM CLEGG (Written by John R. Burtenshaw) William Clegg was born at Preston, East Lancashire, England on 22 February, 1832. As a boy he lived with his family in a manufacturing c …