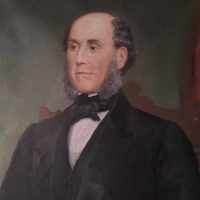 When John Parry Jr was born on 13 October 1817, in Newmarket, Flintshire, Wales, United Kingdom, his father, John Parry, was 28 and his mother, Mary Williams, was 28. He married Harriet Julia Roberts on 26 December 1853, in Llanfwrog, Denbighshire, Wales, United Kingdom. They were the parents of at least 2 sons and 4 daughters. He died on 16 May 1882, in Logan, Cache, Utah, United States, at the age of 64, and was buried in Logan Cemetery, Logan, Cache, Utah, United States.

My grandmother Oneita Hyde Waite, who was a granddaughter to John and Harriet, told me many times of the great fear the Parrys' had of lightening. If lightening threatened, they would take all of the …