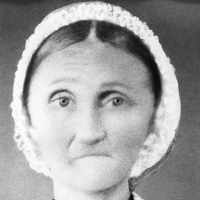 The Life Summary of Anna Mundine

Put your face in a costume from Anna Mundine's homelands.

English: topographic name for someone who lived near a chapel, from Middle English chapel(l)e ‘chapel’, via Old French, from Late Latin capella, originally a diminutive of capa ‘hood, cloak’, but later transferred to the sense ‘chapel, sanctuary’, with reference to the shrine at Tours where the cloak of Saint Martin was preserved as a relic.

Charles William Lee was born on 11 August 1862 in New Harmony, Washington,Utah Territory to John Doyle and Sarah Caroline Williams Lee. He was the tenth of sixteen children, six girls and ten boys. Se …