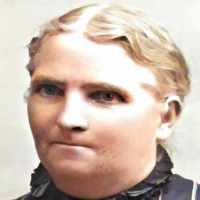 The Life Summary of Melissa

Put your face in a costume from Melissa's homelands.

The Miracle of the Fishes

The Miracle of the fishes We lived in Idaho on a homestead for several years and got along somehow, although it always seemed a struggle. Mother was a wonderful mother and no matter how discouraged s …