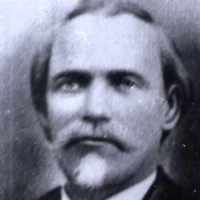 The Life Summary of Lorin Edwin

When Lorin Edwin Walker was born on 25 July 1822, his father, John Walker, was 28 and his mother, Lydia Holmes, was 22. He married Lovina Smith on 23 June 1844, in Nauvoo, Hancock, Illinois, United States. They were the parents of at least 7 sons and 6 daughters. He lived in Farmington, Davis, Utah, United States for about 10 years and Oneida, Idaho, United States in 1900. He died on 26 September 1907, at the age of 85, and was buried in Valley View Cemetery, Rockland, Power, Idaho, United States.

Put your face in a costume from Lorin Edwin's homelands.