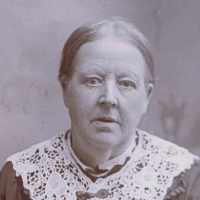 English (Staffordshire; of Norman origin): habitational name from Montfort-sur-Risle (Eure) or from one or other of various places called Montfort in France (from Old French mont ‘hill’ + fort ‘fortress’). Early forms of this name are indistinguishable from those of Mundford in Norfolk, perhaps indicating an alternative habitational name (see Munford ).History: A Norman bearer of this name, from Montfort-sur-Risle in Eure, near Brionne, accompanied William the Conqueror in his invasion of England in 1066. Simon de Montfort, 6th Earl of Leicester, led a rebellion against Henry III (1216–1272).

A SKETCH OF THE PIONEER HISTORY OF SAMUEL ADAMS SR. AND FAMILY By Mary A. Beckstrand, Granddaughter My grandfather, Samuel Adams Sr., a navigator and stone mason, was the third child of John and Sar …