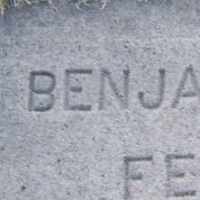 Being a monumental event in the Texas Revolution, The Battle of the Alamo was a thirteen-day battle at the Alamo Mission near San Antonio. In the early morning of the final battle, the Mexican Army advanced on the Alamo. Quickly being overrun, the Texian Soldiers quickly withdrew inside the building. The battle has often been overshadowed by events from the Mexican–American War, But the Alamo gradually became known as a national battle site and later named an official Texas State Shrine.
English, Scottish, and Irish: generally a nickname referring to the color of the hair or complexion, Middle English br(o)un, from Old English brūn or Old French brun. This word is occasionally found in Old English and Old Norse as a personal name or byname. Brun- was also a Germanic name-forming element. Some instances of Old English Brūn as a personal name may therefore be short forms of compound names such as Brūngar, Brūnwine, etc. As a Scottish and Irish name, it sometimes represents a translation of Gaelic Donn. As an American family name, it has absorbed numerous surnames from other languages with the same meaning.