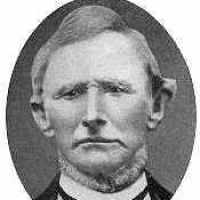 The Life Summary of John Tucker

Put your face in a costume from John Tucker's homelands.

The Life History of JOHN TUCKER DAVIS and his wife, LETITIA ANN GEORGE Written by their daughter, Martha Helen Davis Moore Captain John Tucker Davis, as he was commonly called, was born in Llangam, P …