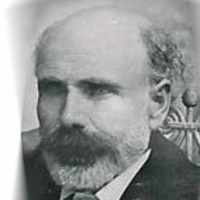 The Life Summary of John Hirum

Put your face in a costume from John Hirum's homelands.

An Answer to the Question: Why did the Carters leave The Church of Jesus Christ of Latter-day Saints By Awilda Richins Ivie 10 April 1981

An Answer to the Question: Why did the Carters leave The Church of Jesus Christ of Latter-day Saints By Awilda Richins Ivie 10 April 1981 My grandfather, John Hirum Carter settled in Cartervi …