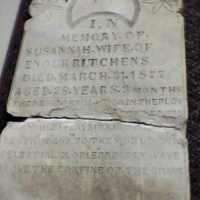 BIOGRAPHY OF SUSANNAH BIRD by Lois Ivie Lovell and Awilda Richins Ivie Susannah Bird was born in Eaton Bray, Bedfordshire, England. She was the daughter of Frederick Bird and Mary Ann Fenn. Sh …