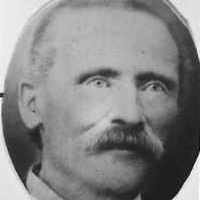 By 1829 Venus, Illinois had grown sufficiently and in 1832 was one of the contenders for the new county seat. However, the honor was awarded to a nearby city, Carthage. In 1834 the name Venus was changed to Commerce because the settlers felt that the new name better suited their plans. But during late 1839, arriving members of the Church of Jesus Christ of Latter-day Saints bought the small town of Commerce and in April 1840 it was renamed Nauvoo by Joseph Smith Jr., who led the Latter-Day Saints to Nauvoo to escape persecution in Missouri. The name Nauvoo is derived from the traditional Hebrew language. It is notable that by 1844 Nauvoo's population had swollen to around 12,000 residents, rivaling the size of Chicago at the time. After the Latter-Day Saints left the population settled down toward 2,000 people.
1854 · The Crimean War

1 English: occupational name for an innkeeper, from Middle English (h)osteler (Old French (h)ostelier, an agent derivative of hostel, meaning a sizeable house in which guests could be lodged in separate rooms, derived from Late Latin hospitalis, from the genitive case of hospes ‘guest’). This term was at first applied to the secular officer in a monastery who was responsible for the lodging of visitors, but it was later extended to keepers of commercial hostelries, and this is probably the usual sense of the surname. The more restricted modern English sense, ‘groom’, is also a possible source.2 German: from a short form of a Germanic personal name formed with a cognate of Old High German ōst(an) ( see Oest ).