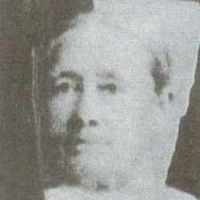 The Life Summary of Mary Bell

Put your face in a costume from Mary Bell's homelands.

Walter Muir was born 29 Jan 1809 in West Calder, West Calder, Midlothian, Scotland to Walter Muir and Agnes Mackie/Mackay. Not much is know about Walter other than he was an iron miner in the 1851 ce …