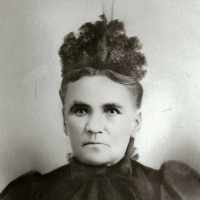 The Life Summary of Betsy Valate

Put your face in a costume from Betsy Valate's homelands.

BETSY LERWILL TUCKER By her daughter Priscilla My mother, Betsy Lerwill Tucker, was born at Kentisbury, Devonshire, England, July 20, 1838. My mother and her sweetheart, James Tucker, and he …