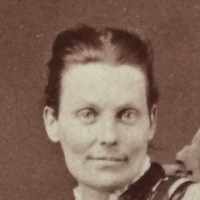 The Life Summary of Anna Fenn

Put your face in a costume from Anna Fenn's homelands.

English: from the Middle English personal name Adkin (a pet form of Adam formed with the suffix -kin) + genitival or post-medieval excrescent -s. This name was particularly common in the English Midlands. Compare Atkins .