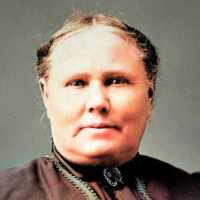 The Life Summary of Claudia

Put your face in a costume from Claudia's homelands.

HISTORY OF LAURA ANN EWELL DENNIS Written by her when she was 87 years old. I was born 20 August 1872 in Santaquin, Utah to Francis Marion Ewell and Frances Mary (Fanny) Weech. My folks moved out …