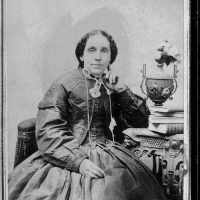 The Life Story of Harriett Huggett

Compiled by her Grand-Daughter, Lettie D. Peterson April 1929 Harriet Huggett was one of the triplet girls of Thomas and Jane comber Huggett, born June 6, 1826 at Lovel Heath, Charwood Parish, E …