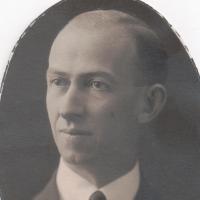 Put your face in a costume from William Walter Alexander's homelands.

Swiss German: topographic name for someone living high on a mountainside, from German ab- ‘below, off’ + Planalp ‘high, flat mountain-meadow’.

VISITING BERGSTROMS IN CALIFORNIA In 1928 when Royal was 12 years old, his maternal grandmother, Mathilda Adolfine Svärd-Bergstrom, or Grandma Bergstom as he called her, moved to Santa Monica, Los An …