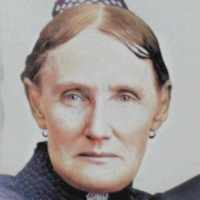 The Life Summary of Cynthia Lovina

Put your face in a costume from Cynthia Lovina's homelands.

AUTOBIOGRAPHY OF CINTHIA LOVINA BERRY GARDNER My grandfather’s name on my father’s side was George Barry. My father had six brothers, making seven sons in all. I do not know about any daughters. Tw …