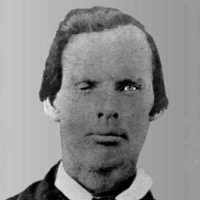 The Life Summary of Nathan Bennett

Put your face in a costume from Nathan Bennett's homelands.

Name changed in 1853 to Council Bluffs

Daily Carpenter "This certifies that Daly Carpenter is an Elder in the Church of Jesus Christ of Latter Day Saints and has this day received from under our hand at Nauvoo, Hancock Co., Ill., Oct …